The Summer Olympics of 2021 was one of the most searched for terms of the year and here at Click Consult, we thought we got into the spirit of the event by holding our own Digital Olympics. During the event, we set ourselves the task of finding out which country was putting its best foot forward and claiming victory when it came to the world of digital.

There are three rounds to our Digital Olympics, including the top digital businesses founded by country, the most digitally-savvy population, and the nations that are leading the way in investing in the future of digital.

Round One – Best-Performing Digital Technology Businesses

To do this, we looked at the Forbes top 100 digital companies list to find out which country featured the most businesses. We also used other secondary research to find revenue and population information for four key areas; SEO, eCommerce platforms, social platforms, and content management system (CMS).

Which country is taking home the gold medal in the first round of Click Consult’s 2021 Digital Olympics?

Claiming the first gold medal in the Digital Olympics and taking the top spot on the podium is the USA.

Racing ahead of the competition with an impressive 39 companies featuring on the Forbes top 100 digital companies list, the USA is the clear winner in our first round. What’s even more impressive is that the USA has eight companies listed in the top ten!

The number one company on the list was Apple, but other notable businesses that were featured include Microsoft, Amazon, Walt Disney, and Facebook.

Japan came second in the first round of events. With a total of 13 companies featuring in the top 100 list, Japan managed to see off competition to take home the silver medal, with companies like Softbank, Nippon Telegraph & Tel, KDDI, Mitsubishi Electric, and Canon all featuring.

In third place was China with a total of nine digital technology companies featured in the top 100. Some of China’s best-performing companies include Alibaba, Tencent Holdings, China Telecom, JD.com, and Baidu.

Other countries that look to be producing some top digital technology businesses include the Netherlands and South Korea who both had four companies making the Forbes top 100 digital companies list.

When it comes to the most popular search engines around the world, four of the top five were founded in the USA while the other was founded in China. The search engine that saw the most revenue in 2020 was Google, while YouTube and Baidu came in second and third respectively.

It’s a similar story when looking at social networking companies, with four of the top five being founded in the USA, including Facebook and Instagram, and the other being founded in China.

Round Two – Most Digitally Savvy Nation

To find out which nation has the most online activity, we used secondary research and took the top-performing countries in three areas; internet access, online spend, and time spent on social media. The countries were then scored between one and ten points for each ranking, depending on the position (ten points = first place).

Snapping up another gold medal in the Click Consult Digital Olympics is the USA, scoring an impressive 25 points. But what makes the USA so digitally-savvy compared to other countries?

313.32 million users have access to the internet in America which is 93 per cent of the country’s population. The USA was the second nation spending the most money (USD) online behind China.

The Philippines, Nigeria, and India all managed to beat the USA when it came to the most time spent on social media. But the USA did manage to average a score of 25, which was two points clear of second place, ensuring another first-place finish for the USA.

Pipped to the post and taking home silver was the UK with a score of 23. When it comes to the highest percentage of internet users, the UK was joint-first with Germany, with 95 per cent of the population having access to the internet. The UK was the third nation to spend the most money (USD) online and was also the sixth country to spend the most time on social media.

China picked up a second bronze at the Digital Olympics, scoring a total of 16 points. One particular area that China is currently doing well in is spending the most money online, seeing off competition from the USA and the UK.

However, China could improve on the percentage of its population who have access to the internet. Only 854 million people out of a population of 1.398 billion were internet users.

There are some nations that are doing well in certain areas of online activity and deserve a special mention. Germany was joint first with the UK when it came to the population with the highest percentage of internet users, while the Philippines was the country that spent the most time on social media.

As Team GB continued to pick up medals at the Tokyo 2020 Summer Olympics, our attentions turned to the third and final round in our Click Consult Digital Olympics.

For our final event, we focused on the leading countries investing in digital technology. To determine who would be crowned champion, we looked at the top ten countries in each of the following categories; AI, cybersecurity, digital progress, and cryptocurrency.

We focused on these four areas using secondary research and scored between one and ten points for each ranking, depending on the position (ten points = first place).

So, who has secured the final gold medal at the Click Consult Digital Olympics?

The USA has claimed the top spot once again, taking their gold medal total up to an impressive three out of three. Key areas of digital technology that the USA is doing well in investing in are AI, cybersecurity, and digital progress.

There is room for improvement for the USA when it comes to cryptocurrency as they are behind China in this area, although still ahead of other nations. The category that they are doing the best in is AI, scoring ten points alongside the UK.

Making an appearance on the podium for the first time in our Digital Olympics is Singapore, who take home silver. Interestingly, Singapore is doing really well with both digital progress and AI.

In third place once again is China. Areas of digital that China is currently focusing on are AI and cryptocurrency. However, if China is to try and keep up with the competition when it comes to investing in digital technology, it will need to improve on cybersecurity and digital progress.

Other countries that deserve an honourable mention include South Korea, Israel, and the UK. South Korea scored a seven out of ten for digital progress and five for AI.

Meanwhile, Israel is doing well in AI, scoring an eight out of ten, and a three for digital progress. The UK is currently only investing in AI, scoring the highest number of points alongside the USA.

What’s interesting from these results is that there are not many countries that are investing in all four areas. Currently, the USA and Singapore are the only nations to really focus on digital.

That concludes all three rounds of Click Consult’s 2021 Digital Olympics and the standout winner is the USA, taking home all three gold medals! From these results, it’s clear that the USA is miles ahead of every other country when it comes to all things digital. With countless companies featuring in the Forbes top 100 digital companies list, 313.32 Mn users accessing the internet, and the only country to be investing in all four digital technology categories, it’s no surprise that the USA swooped in and fought off all competition.

China is raising their online game, finishing third in each round and snapping up three bronze medals. One area that China did beat the USA in, was the population spending the most money online. Finishing in third place is the UK, which is doing well in terms of online activity and investing in AI, but the UK will need to step up when it comes to other digital areas. Other nations do have quite a way to go if they wish to compete with the USA, but there are certainly other countries that are still digitally savvy, including Japan, Singapore, South Korea, the Netherlands, Germany, and the Philippines.

Subscribe to our emails, or follow us across our social channels to keep up to date with the very latest in search and digital. Or contact us to see what we can do to help your brand take gold. 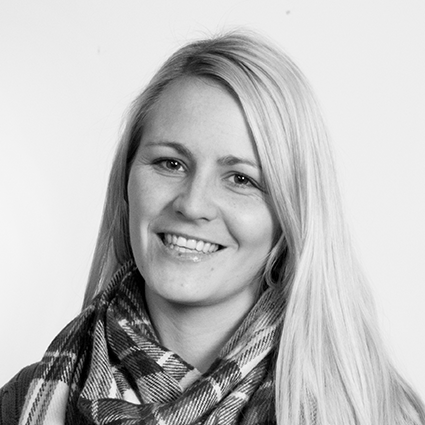 On the 11th January 2022, BBC news delivered a somewhat unexpected headline about ‘energy giant’ Ovo. The story was about…

While the Premier Partner status itself places Click Consult among the top 3% of agencies providing Google Ads services, retaining…

In this guide for users old and new, we will look at the importance of Google Ads audits and work…

In this article, we’re going to take an in-depth look at Google Search Console – what it is and what…

To accompany our in-depth 2022 trends report, our fantastic designer Chloe Ridgway has compacted some of the most important things…