The big news from the tech industry this week has been the rebranding of the Facebook umbrella company to Meta (not much of a surprise – especially as it was regularly pointed out online that Facebook had purchased the meta.com domain name a short while ago), but what does it mean for the group and the future of digital?

Facebook isn’t changing its name, FACEBOOK is changing its name – Facebook will remain Facebook, while FACEBOOK will become Meta, an umbrella company that will oversee a growing suite of different apps and products which everyone’s least favourite evil robot has announced will be focused on the metaverse.

What is the metaverse?

The metaverse is actually a really cool idea. It represents a potential additional meta-layer of reality (from the Greek meta meaning ‘beyond’ – most will be familiar with it as part of the term ‘metadata’) which could provide additional information layers and interaction opportunities to real life via augmented or virtual reality. Zuckerberg’s metaverse, however, is true to the personality of a man that created Facebook to rate the women on his campus – it’s as though Neal Stephenson’s Snowcrash and William Gibson’s Neuromancer were blended together and used as a sauce to compliment a Black Mirror episode that Zuckerberg has confused for utopia.

While the metaverse has the potential to empower the disenfranchised, assist those with disabilities and become the next technological revolution – one which, if it wasn’t in the hands of the baby-faced Lex Luthor waxwork, could rival the arrival of the internet for its transformational impact on the world – Zuckerberg’s metaverse is a place you can have online board meetings and buy NFTs of buildings. It’s like Ready Player One, only without the limited enjoyment that nostalgia brings to it.

He spoke at one point of the DNA of Facebook being “connecting people”, but seemed entirely unaware that the other genes in that genetic sequence include ‘big’, ‘bad for you’, ‘controlling’ and ‘untrustworthy’.

What does this mean for the future of the brand?

With recent leaks suggesting collusion between Google and Facebook to fix ad prices and exchange info in case of investigation, as well as the thousand other regularly worsening news-stories, Facebook and its new Meta parent company is far from out of the woods as far as the rolling PR disaster of 2021 is concerned and, honestly, I’ve not wanted something so good to fail since Liverpool FC signed Fernando Torres.

While I don’t quite share the optimism of some commentators that Facebook could go the way of MySpace – I honestly can’t see a way that a gazillion dollar enterprise can fail to at least acquire its way out of trouble – the fact that Facebook has become sufficiently toxic a brand to warrant even Zuckerberg taking steps to place firewalls between it and other products is a welcome development.

What does this mean for the future of the metaverse?

Anyone that has regularly read my writing here ore elsewhere, or met me in passing, or stood next to me in a queue, will be aware that the metaverse, AR and VR are where I see the future. The phrase ‘ambient computing’ is the best, non-branded, way to think of it – we are approaching a future of interconnected devices, ubiquitous computing and instant access powered by machine learning and varying degrees of AI.

Zuckerberg’s dream is remarkably two dimensional and short-sighted – it’s a walled garden of Facebook products and a funky, infinity symbol embossed boot stamping on a human face forever. While I’ve seldom been accused of being an optimist, I think it’ll fail and that failure is the absolute best-case scenario. Unfortunately, I doubt this will be their only attempt – and that without changes in tech regulation, something like it will eventually succeed. 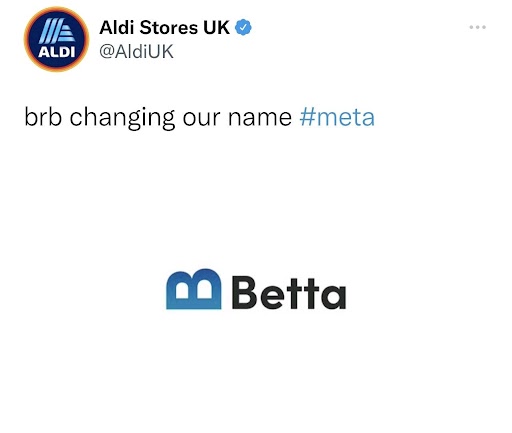 What does this mean for the future of digital?

In the short-term, not much – I’ve written about how such a meta-level of computing could impact search and digital in plenty of articles, but I think the current PR catastrophe has forced Zuckerberg’s hand and that he’s had to leap into the project publicly before it’s ready.

Want a little help staying ahead of the curve? Contact us to see what we can do to help future-proof your brand.

In this guide, we hope to offer you one or two tips in each area that you may not have…

Following the first overhaul of Google’s Quality Rater Guidelines in 12 months, the world of search and digital marketing has…

September brought plenty of new features for Whatsapp, Twitter, and LinkedIn, each to have a benefit to both consumers and…

This month, we catch up with Lisa Mittal, from our Design team… 1. Describe your role as a Digital Design…

The latest search and digital marketing news brought to you by Click Consult… Thursday, 23rd September We licensed it! In…

As everyone has the ability to create a website, made easier with sites such as WordPress and Shopify, how does…

This month, we catch up with Damien Horwood, from our Digital PR team… 1. Describe your role as a Organic…

In August, many businesses started working towards a hybrid model, with face-to-face meetings and ideations becoming the norm again. Will…