In late September Google will be ‘simplifying’ ad rotation

According to an announcement last week, Google will limit AdWords rotation options to two – ‘optimise’ and ‘rotate indefinitely’ – which, they say, will simplify ad rotation

As with any decision made by Google, the announced changes to AdWords rotation options has been met with plenty of discontented muttering within the paid search sphere (just as changes were back in 2012 – see this pretty funny response from the Search Engine Land back catalogue).

However, while there are a number of blogs expressing dissatisfaction, the majority of industry experts (including those here at Click Consult) see it as another in a long line of changes which has been telegraphed by a number of previous changes (not to mention a 2015 blog by Director of Performance Ads Marketing for Google Matt Lawson).

Google’s clear preference for the ‘optimise ad rotation’ setting is about to be taken to a new level from late September on, when the four current options are combined in to two adjusted options.

Over the last 17 years, PPC has built up a reputation as a scientific pursuit – a marketing endeavour more reliant on equations and testing than its conventional counterparts, and it is a reputation that has been deserved.

The level of testing required to fully optimise a paid search account is still a significant investment despite changes Google have made to AdWords to allow for smaller businesses to enter the market, and though (as Wordstream has pointed out) many brands have seen improved performance historically from switchovers to optimise from rotate indefinitely, it remains to be seen how a combination setting will effect brands using one or the other.

We believe that while moving over to an optimised rotation is in general beneficial (which this change is moving advertisers towards), it can never be a substitute for replacing and refreshing ad copy variations with new fresh creatives. It would be my fear that advertisers over-extend their expectations in what an ‘optimised’ at rotation can do; full ad optimisation only happens with constant refreshing of creatives based on significance testing.

The fear outlined by our Head of Paid Search sums up the possible issues with the change. While optimisation is undoubtedly a good thing, it is difficult to apply universally a description of what it means. While a dedicated PPC professional can perform adjustments, refresh content, and carry out testing to reach an idea of what optimisation represents to a specific brand, an algorithm cannot have the same level of brand knowledge for each account. However, properly combined with ad reviews, the potential is there to implement continual improvement through updating and changing the worst performing iterations.

The changes are due to roll out from the 25th September and will noticed first by those accounts employing either the ‘rotate evenly’ or ‘optimise for conversions’ settings (and those using smart bidding strategies like enhanced CPC, target CPA etc). As these are common within the industry, it pays for all PPC practitioners and AdWords account holders to keep their eyes peeled over the next few months.

The upcoming change (according to the official AdWords blog) will be executed like this:

With all this in mind, however, for those looking to ensure the best possible performance of their AdWords account, advice remains the same – that continual testing and improvement remains the order of the day.

In this regard, it is entirely possible to test the different ad rotation methods against one another using AdWords Experiments to determine which of the rotation options, if either, offers any improvement in overall performance.

For more help with your PPC, you can take a look at our extensive catalogue of paid search resources, or contact us today. For more PPC expertise, why not come along to our Benchmark Search Conference? 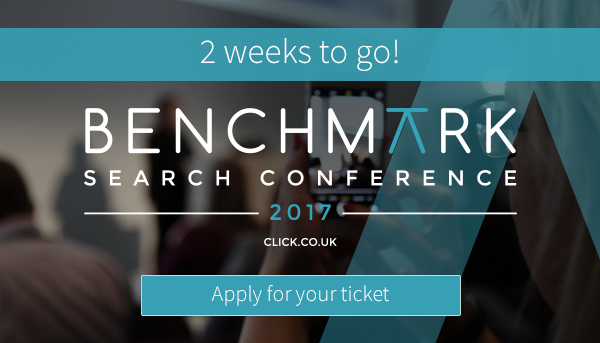 Are you passionate about achieving search marketing success for your brand? Fancy spending an inspiring day with the best in…

There are a lot of places, these days, to spend your PPC budget and it can be difficult to know…

What have Susan Boyle, the Great British Bake-Off and ‘tech behemoths’ got in common? They all feature in this week’s…

SEO is a highly technical practice and as such there is a science to it. We know that being data-driven…

Quality score may only be a facet of your Ad Rank, but it’s one which has enormous impact on UX and, therefore, the bottom line.

Influencer marketing integrates your content marketing, social media and SEO. Building relationships with relevant influencers who will share your content with their audience maximises your brand’s exposure to a targeted audience, while also earning you valuable inbound links to boost your site’s authority.

Our most downloaded visual content on search present the most useful, relevant, need-to-know points about key search marketing topics

Users have had passionate reactions to LinkedIn’s makeover. Here’s what you need to know and why…