The end of an era is upon us – but are Google’s reasons entirely transparent, and will it happen when Google says it will?

We won’t go into it in too much detail here – we have a specific long-form post on the platform. However, it serves to point out that, of sites that use any analytics at all, Google provides the leading analytics tools used on the web (at least in terms of market share).

This means that there are potentially hundreds of millions of websites (as an estimate) that are using Universal Analytics. All of which will need to be transitioned to Google’s GA4 by July of 2023. I’m not saying that this is an impossible task, but I am saying that, if they achieve 80% or above, I will be both impressed and astonished. 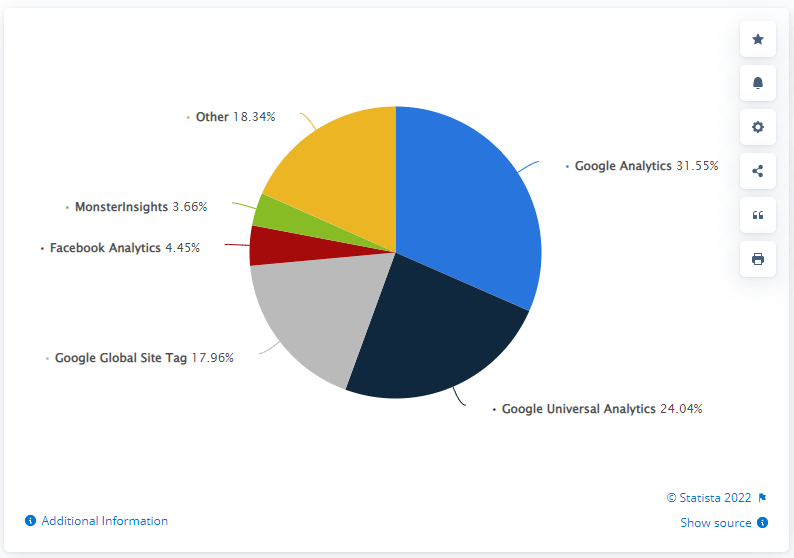 Honestly, the reasons that Google gives for pushing the change are sound – but if they are the reasons, then I would be very surprised by the deadline. Essentially there are several issues with Universal Analytics which make it less suitable for the future of the web – it is less privacy focused, it was developed when desktop was the primary device and the platform pre-dates many of Google’s advances in machine learning. In the announcement, Google expressed it as follows:

Universal Analytics was built for a generation of online measurement that was anchored in the desktop web, independent sessions and more easily observable data from cookies. This measurement methodology is quickly becoming obsolete. Meanwhile, Google Analytics 4 operates across platforms, does not rely exclusively on cookies and uses an event-based data model to deliver user-centric measurement.

However, it still operates perfectly well for most small and medium websites, so what would bring about the deadline – which, for many larger companies, represents a relatively small amount of time to achieve both the transition and the ongoing expertise?

The answer is likely to be GDPR and the transition to cookieless advertising. The method which Google chose to replace the cookie was, as we had predicted, federated learning of cohorts (FLoC), which is a privacy focused method that Google claims has achieved 95% of cookie-reliant ad performance.

However, that was dealt a blow when Europe found the method fell short of GDPR requirements for privacy. While experiments have continued in other parts of the world, there was work to be done to ensure continuity in one of the largest global markets.

This would be my bet for the sudden urgency. While Google’s GA4 has been around for a while, the deadline for the switch (1st July 2023) does fall handily into the window Google has set for the end of cookies (which they pushed back to ‘the end of 2023’ following issues with their replacement).

So, while the rationale on offer from the tech giant is reasonable, the dates do make me wonder whether they are expecting a huge shift (maybe not technically, but in terms of the sheer number of brands and the training and testing it will require) because they were not sufficiently able to incorporate new ad serving technology into an aging platform.

The benefits of GA4 (according to Google)

In the announcement, Google lists four selling points of the platform (again, these are positives – my own experience with GA4 has been frustrating but mostly neutral):

I’m sure I don’t need to emphasise how much of the nudge in the article relates to ads, but even the quote from Tina Chao, McDonald’s Hong Kong Chief Marketing and Digital Customer Experience Officer (that’s a title) relates specifically to their use of Google Ads. Though the quote itself doesn’t mention it, the prior paragraph states:

McDonald’s Hong Kong met its goal to grow mobile orders using a predictive audience of “likely seven-day purchasers” and exporting it to Google Ads — increasing app orders more than six times. The team saw a 2.3 times stronger ROI, a 5.6 times increase in revenue, and a 63% reduction in cost per action.

While the connection between Analytics and Ads has been a cause for concern in terms of its ability to comply with GDPR requirements, this announcement does seem to be, all fluff aside, a doubling down on their strategy to further integrate the two platforms and hope that they are able to tweak the way they handle data to limbo under the regulatory bar.

If it were just a service to users – either of the platform or the search engine – I would say ‘absolutely not’. There is simply no way to get hundreds of millions of webmasters to transfer from a platform they’re comfortable with to one that they may have had no experience with at all. However, unlike the move to mobile first indexing (which was ostensibly about the user), this is about their bottom line and ongoing control of online ads.

As a result, I’m a lot more uncertain than I would be – I still think it represents a huge ask from Google, but if it can migrate the high-rollers and biggest spending accounts over to minimise outcry from the people that matter to their profit margins, that will be the deciding factor. 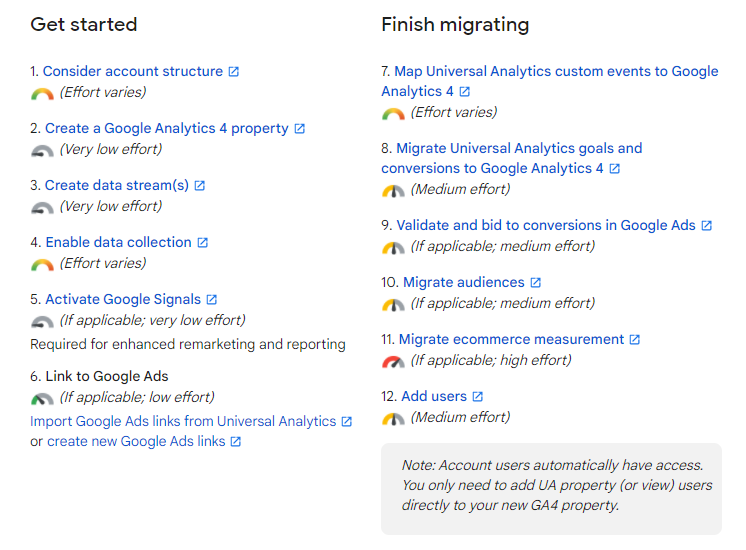 There is already an (albeit miss-able) banner on Google Analytics announcing the change (though, honestly, it’s in the same place as a lot of other ‘information’ banners that I may or may not have accidentally dismissed without reading), so the process is underway.

You’ll be able to see how likely it is by how much Google throw into reaching advertisers over the next six months. My guess is that it may be pushed back slightly, but my expectation that Universal Analytics would continue as a legacy platform for a couple more years seems to be out of the question (although our Director of Search, Alan Reeves, was recommending the switch back in January).

What should brands do?

This is a tough one – search is going through a skills crisis already, and analytics is probably one of the few skills with even fewer practitioners per role. The move will need to be made at some point and the larger the brand, the more important it is to begin the process quickly. Especially in eCommerce. There is a kind of ‘migration hub’ Google has provided here which offers some guidance on the project, but for some brands it is the inertia of size that will cause the major delays in advance of implementation, and efforts to overcome that need to start soon.

There is another option, however, and that is to look at competitor products – in the age of Core Web Vitals, Google Analytics is a weight around the neck of some websites, not to mention the fact that since many brands first began using Google’s offering, there are start-ups that are offering equivalents that were simply not available at the time (both free and paid).

The unfortunate truth of the matter is that Google is cemented as the default analytics platform for a huge percentage of the web, so we are at a point where, like it or not, we find ourselves with little option but to ask ‘how high?’ when Google says jump. Especially as they are promising that even historical data will be gone at some point in 2024. For that reason, we’d be looking to ensure that we have at least a year of comparative data in order to deliver the best possible transition and allow for time to build skills internally.

Need help keeping up-to-date with the rapidly changing world of search? Want someone to handle the migration to GA4? Why not contact us to see what we can do for your brand.

While the move from UA to GA4 appears to be imminent as far as the Google roadmap is concerned, we…

On the 11th January 2022, BBC news delivered a somewhat unexpected headline about ‘energy giant’ Ovo. The story was about…