New core web vitals metric to look out for in 2022

Although it’s been in the works for a while now, there’s every reason to believe that 2022 will be the year that sees the introduction of a new CWV metric to help judge the performance of websites

Back in June, Google published a blog on their web.dev site titled ‘Towards a better responsiveness metric’, it detailed a few ideas from the Chrome Speed Metrics team on how Google could better assess the responsiveness to users of websites. The blog considers the present input metric, FID (First Input Delay) and suggests a few possible replacements.

What is First Input Delay (FID)?

In the simplest terms possible, FID is a measure of the time it takes between a user requesting an action and a website being able to complete it. Think about it like a buffering process – your first interaction is the click on the play button, the FID is the amount of buffering time it takes to play the video. A website obviously has a host of different possible inputs, so FID measures the amount of time between a click or tap, a scroll or swipe, and a browser’s ability to begin processing event handlers (executing the required action).

Why are Google considering replacing FID?

The short answer is that it provides little differentiation between websites – most CMS platforms deliver a passing grade for the FID test, but it also only measures a small section of a user’s interaction with a webpage – meaning that it serves as the lowest measurable waiting period a user will encounter.

However, for precisely the reason it was useful as an initial metric, it is no longer fit for purpose. For that reason, Google has been looking for a new metric which will help them to measure: 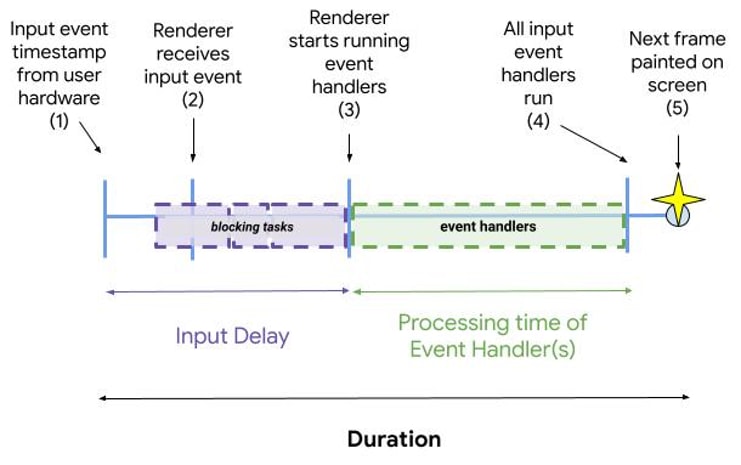 The June post on this topic is a detailed description of the thinking behind the decision to start looking for a new metric which outlines many of the issues with the various proposed approaches. However, the result of the consultation is a second post which came at the beginning of November.

The November blog is a call for feedback from the wider dev community and features further discussion of the reasoning behind the endeavour as well as an outline of the two options being considered. They are: 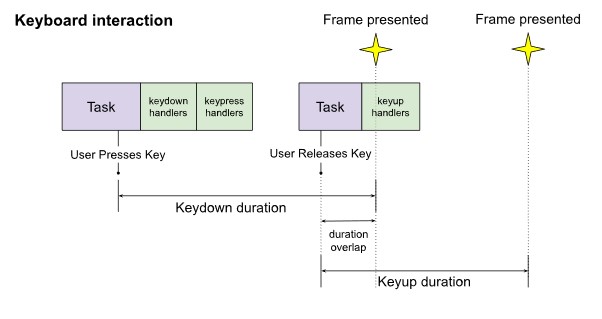 Breaking down a little of the jargon here, ‘budget’ in both above descriptions is outlined, separately, as a time below which a user would not consider a delay to be ‘negative’. This is in the millisecond range from 50ms for a keyboard interaction to 100ms for a click, tap or drag interaction. These descriptions roughly translate as follows:

Why we think the new metric will appear in 2022

Firstly, as the selection of the new metric has reached the consultation stage, we’d expect the process to be advanced. However, the main reason we see the new metric hitting the CWV tests and, therefore, the overall algorithm and rankings for websites, is that we see CWV as a wider concept becoming more important to Google over the coming year.

While there has been no confirmed information on further speed or CWV updates to come, this is not entirely surprising – there will probably be little or no advanced warning for further updates of this kind. The first introduction of major changes – such as the mobile friendly update, mobile first indexing, core web vitals, etc. tend to be announced in advance, but iterations are not so widely promoted.

Technical usability has been a growing category for Google for years – and is, theoretically, easier to measure than the on-page, human visible aspects (which are monitored separately through EAT and similar metrics), so it’s no surprise that these metrics are not set in stone. As things improve, we’ll see them become stricter, and CWV shift from a ‘tie-breaker’ metric to a ranking factor.

Following the May introduction of CWV 2021 was a year of predominately content and EAT focused updates (insofar as we can infer from the results), so it would be no surprise to see this balanced with a technical focused update in 2022 and a new CWV metric would fit the bill.

Think we’ve missed something? Let us know in the comments – or contact us today to see how we can help your brand stay ahead of the curve.

Keeping (mostly) up to date with the rapidly changing world of search and digital marketing so you don’t have to….

In this guide, we hope to offer you one or two tips in each area that you may not have…

Following the first overhaul of Google’s Quality Rater Guidelines in 12 months, the world of search and digital marketing has…