PPC in a mobile-first world

More searches now take place on mobiles than other devices and, with Google’s recently announced mobile-first approach, it’s time for advertisers to take advantage of the additional targeting and control they now have at their fingertips As every marketer will no doubt be aware, consumer behaviour varies across devices and PPC advertisers need to adjust their strategies to optimise their campaigns.

New bid modifiers introduced earlier this year in AdWords give advertisers more control over device-level bidding – specifically splitting out mobile, tablet and desktop –  and this has the potential to majorly impact the way brands target consumers and drive conversions. However, advertisers have so far seemed somewhat unsure how to  use these newly acquired powers.

Many seem to have dipped their toe in the water by testing out small adjustments, without fully realising the potential offered by this ability to optimise with such great precision.

Many advertisers are just using the new bid modifiers for desktop and tablet to make slight adjustments without much thought to overall strategy.

The issue with this is that you shouldn’t really be applying bid adjustments to all three devices. Instead you should use your highest traffic device source as an ‘anchor point’. This ensures that you have a good correlation between your keyword bid and how much you are prepared to pay for each click.

If you have the following situation…

… then you are actually bidding 50p, 30p, and 20p respectively for each device, which does not correlate well with the £1.00 bid. If these are indeed the amounts you want to bid, then you should set it up as the following instead:

This means that the amount you are prepared to pay for each click and the keyword bid are strongly correlated, as they should be.

Savvy advertisers will have realised that it is now possible to once again create device specific campaigns with the following set up:

Some obvious benefits include stronger control of bidding by device, and more options for device-specific ad copy.

The biggest benefit, however, is being able to make use of other bid modifiers such as ad scheduling, which vary massively between devices, as people will use different devices at different points of the day.

The graphs below show the huge discrepancies between the devices at different times of the day. Mobile traffic spikes a lot in the late evening, while desktop revenue spikes between 9 and 5. The one caveat is that you only want to split this out on your highest volume campaigns, so that you avoid data dilution, and the dreaded low search volume keyword status.

Make sure your PPC ads stand out from the rest. Download our complimentary guide today or give us a call to arrange your free PPC audit. 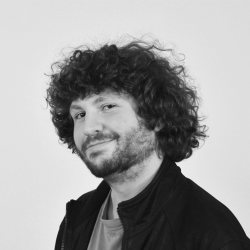 Dave has been with Click since 2011 and heads up the Paid Search (PPC) team as well as taking responsibility for key PPC accounts. Dave’s extensive Excel knowledge has seen him develop a range of PPC optimisation and reporting tools. A further strength is high level data analysis, developed while studying for a Master’s Degree in Mathematics.
See more from Dave Karellen →

I have to admit, I’m not a numbers person. I like words and ideas, not stats and spreadsheets. But as…

There is a famous saying that: “you can lead a horse to water, but you can’t make it drink.” In…

Google Analytics (GA) is a invaluable tool for keeping track of whether your online marketing activity is succeeding and, critically, where you…

Whether you’re brand new to PPC, or looking for an easy way to pass on the basics to a trainee…

This easy to comprehend infographic outlines the process involved in producing a programmatic campaign, boiling down a broad and complicated…