When you’ve had a hard day making amazing, informative and shareable content, the cinema is an excellent place to escape for a couple of hours from the daily grind. However, just because you’ve remortgaged your house just to buy a vat of popcorn and a barrel of fizzy pop, don’t switch off completely; Hollywood might be able to teach you a thing or two about creating fantastic content…

Don’t make it difficult for people to actually get to your content. When you go to the cinema you have to buy your ticket and then queue up for the best part of three weeks to get refreshments. You then have to sit through endless adverts for cars you’ll never drive, drinks you’ll never drink and perfume you’ll never wear. Then comes the trailers, but we’ll forgive those, and then finally the film arrives, by which time you’ve forgotten what you paid to see in the first place. 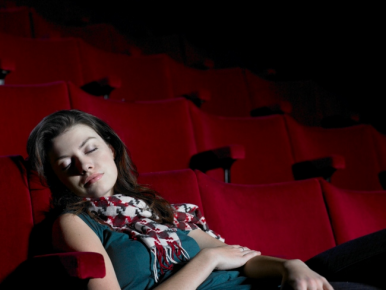 Making it an arduous process just to get to your content is a sure-fire way that people won’t read it. If you’ve got killer content then stick it front and centre and don’t bore people with hoops to jump through before they can read it.

Every summer, without fail, Hollywood churns out at least a couple of blockbuster movies. You know the ones, where massive things hit each other, things explode, the guy gets the girl and everyone lives happily ever after. Usually directed by Michael Bay.

This is your big, flashy content that will have people flocking to it. This is your videos, your animations, your white papers that you’ve ploughed time and effort into. Obviously making such content is easier said than done but trust in what you’ve produced and market the hell out of it.

A man stands on a cliff. He jumps off but falls inside his own mind crashing into a sea of rose petals and childhood regret. A spider crawls across his face but a leg falls off with each step until there’s nothing left but a black ball which as it turns round reveals the man’s face.

Ya know that kind of pretentious rubbish? Well that has an audience too, and a pretty important one. Now of course your products aren’t pretentious rubbish (probably) but they may well have a niche audience, just like arthouse films. Think about the industry you’re in and the kind of people who will be reading your content. You might not have the most riveting products (it’s OK to admit it) but you still have an audience, no matter how niche it is, and they still require interesting content. 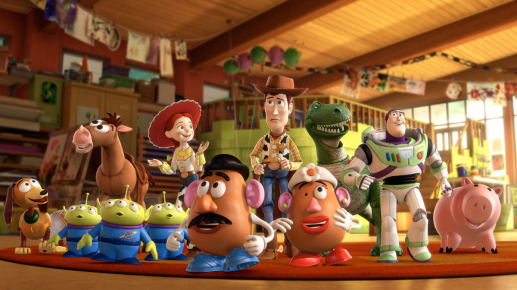 Something that Pixar do so well is that they make children’s films that also appeal to adults. They now know that they have multiple audiences and so they cater for them. You should do the same. If you have products that reach a wide variety of audiences, then produce content that reaches out to all of them. Not every piece of content you produce has to reach them all, but it pays to mix it up. If you don’t then you risk alienating potentially important groups of customers.

So you’ve put time, money and effort into making some killer content to market your products or company, but now what? Well now your content marketing needs some content to market it. This has always been around in the movie business what with trailers and film posters, but studios have become more inventive in recent years, using viral marketing to create a buzz around their film.

Take Prometheus, for example, Sir Ridley Scott’s not-very-good Alien pseudo prequel. In the run up to the film, they released a series of teaser videos on behalf of the Weyland Corporation, a fictional company from the film. They had little to do with the actual film but helped to drum up quite a bit of attention. Anchorman 2 is another example, with Will Ferrell doing a load of marketing in character, even co-hosting an entire news segment.

Of course, you’re not expected to produce anything to this scale but producing a few little bits of teaser content and presenting them with ebullience might just pique people’s interest.

Hollywood loves a sequel. If a film makes a ton of money, then there’s a good chance a sequel won’t be too far behind. And there have been some fantastic sequels – The Empire Strikes Back, Terminator 2: Judgement Day, The Godfather: Part II. 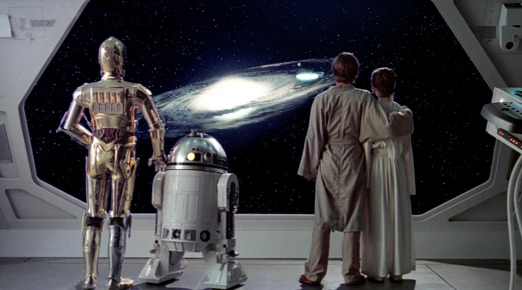 If done right, sequels can mean big business and this can apply to your content, too. If you produce a fantastic piece of content but let your audience know there’s more to come, then there’s a good chance they’ll come back again and spread the word. You could even ‘do a Bond’ and produce a whole series of content to entice people to keep coming back.

Throughout the year, you’ll notice certain trends in the films released at cinemas. During the summer you’ll get a slew of blockbusters, every school holiday there’ll be a bunch of kids’ films released, Halloween gets horror films and Christmas, of course, gets festive flicks. Try doing the same with your content.

Now you don’t have to make every piece of content you produce seasonal but keeping an eye on the calendar can help increase the relevancy of your content. Mix it with some evergreen content so that there’s a healthy mix on your site.

The power of the remake

Remakes are common in Hollywood these days. Older films are being reimagined for today’s audience and foreign language films are being remade into the English language so lazy people don’t have to read subtitles. The Wicker Man, The Girl With The Dragon Tattoo and The Italian Job are just three examples. 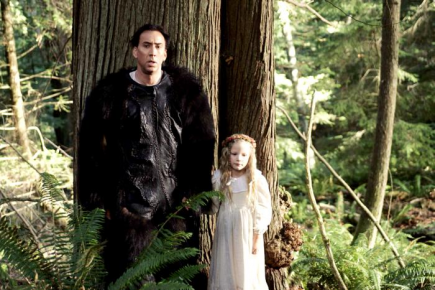 A lot of remakes are completely pointless/awful but updating your content is invaluable. Just because you made a great piece of content a couple of years ago doesn’t mean it has to be left to die in the far corners of the internet. If your content is still relevant that get it out there and tell people about it. Similarly, if your content is now a little out of date then go through it and bring it singing and dancing into the 21st century.

The movie business is always moving forward and you should do the same. Of course films are always improving from a technology standpoint, but it’s more than that. The very best filmmakers are aware of what’s going on in the industry and in the wider world and use that to their advantage. Many films capture the zeitgeist in which they’re produced, taking into account political trends, current affairs, changing audience behaviour and much more. You need to be aware of what’s going on, not just in your industry, but in other relevant industries, and also the world of internet marketing of course.

Whether you’re providing YMYL (your money or your life) services, looking to establish yourself as a trustworthy source of news…

I was asked to be a part of a SEMrush program looking for feedback and, in return got access to…