This month in search marketing: April 2021

Microsoft’s Advertising Partner Summit includes the announcement of multiple new product updates and insights. Here are some of the key announcements:

With over $5 billion spent on video ads in 2020, Microsoft is kicking off a pilot for video ads in the US and the UK. Previously you could only bid CPC in the Microsoft Audience Network, but the pilot of video ads will allow both CPC and CPM bidding. Microsoft Advertising has also had variations of video extensions in and out of their Ads Lab program for a while now, but the video extension ads program is launching in several countries for anyone in the pilot. The clickable video image shows with a play button and then opens within the search experience to play.

If your audience is active on Facebook and other native channels, this new import feature allows you to pull over campaign structure from Facebook into Microsoft Advertising. You’ll be able to import audience targets where they align with Microsoft sets and bring over creative like images and body copy. This comes after the popularity of Google import to help make campaign setup easy in Microsoft Advertising.

Google announced that it is postponing the rollout of the page experience update, specifically the ranking change, from May 2021 to be a gradual rollout that won’t start until mid-June 2021 and won’t be fully rolled out until the end of August.

Google is pushing off the rollout timeline for this update to “help you continue to make refinements to your website with page experience in mind,” the company said. Truth is, I suspect most site owners who cared about making changes for the page experience update were already on schedule to make those changes by the end of this month.

The ranking change for the page experience update will begin in mid-June and will be a “gradual” rollout, Google told Search Engine Land. The rollout will be complete several weeks later by the end of August. The delay means Google “will be able to monitor for any unexpected or unintended issues.”

Whie the page experience update ranking change does NOT go live today, Google is releasing a few updates including the following:

Brand safety has been top of mind for many companies over the past year, and Google’s new dynamic exclusion lists help advertisers avoid showing ads near content they wish to avoid.

“Once advertisers upload a dynamic exclusion list to their Google Ads account, they can schedule automatic updates as new web pages or domains are added, ensuring that their exclusion lists remain effective and up-to-date. This feature will be available to all users within the coming weeks,” said the announcement.

Before this update, the “advertiser controls” options in Google Ads allowed search marketers to exclude certain websites, content types, and entire topics from campaigns. However, in the current form, many advertisers — and especially smaller businesses — were unable to keep up. “We’ve heard from some of our partners that the current tools in place for blocking web pages or websites require dedicated resources and regular updating, which can pose a challenge for any advertiser, but especially smaller ones with limited staff and in-house expertise,” said Alejandro Borgia, director of ads privacy & safety.

“Advertisers and agencies can create their own exclusion lists or use lists from trusted third parties, such as brand safety organizations and industry groups, which can be updated seamlessly,” tweeted Ginny Marvin, ads product liaison.

One-star ratings on Google are deemed not defamatory

Eric Goldman, Associate Dean for Research and Professor of Law at Santa Clara University School of Law recently wrote about a case in Michigan where a law firm had a 1-star review left that had no text in it.  The identity of the user is unknown and the law firm claimed that the user posted the wordless one-star review to their Google My Business listing with the intent to cause damage to their reputation or profession and to dissuade potential clients from doing business with them.

“We conclude that, as a matter of law, a one-star wordless review posted on Google Review is an expression of opinion protected by the First Amendment,” the Michigan court stated.

The court also said that even if the user was a competitor, it wouldn’t alter their decision: “Regardless of Doe 2’s true identity, this does not alter our conclusion that a one-star wordless review on Google review is an opinion, even if it violates Google’s policy.”

Oh dear oh dear, Google has been caught making deals with Facebook to the detriment of advertisers. Search Engine Land’s article, titled ‘Marketers not surprised…’ gives some indication of the problem. We know that Google is always up to something, but their absolute lack of transparency really needs to result in some kind of consequences soon before the damage done is irreversible.

Search Engine Journal features a piece on a bug that has been causing drop the desktop rankings of some sites. While there was little elaboration (surprisingly), Mueller did suggest that the issue has been uncovered, which makes a fix likely and, hopefully, quickly.

Pew Research have published data from a recent social media survey that shows growth was not as common in social media (in the US) as one might have expected – although it’s possible that the breakout stars of the year like TikTok and Nextdoor, for example, may have played some part with the two platforms going from nothing to 21% and 13% respectively of US adults having said they use the platform 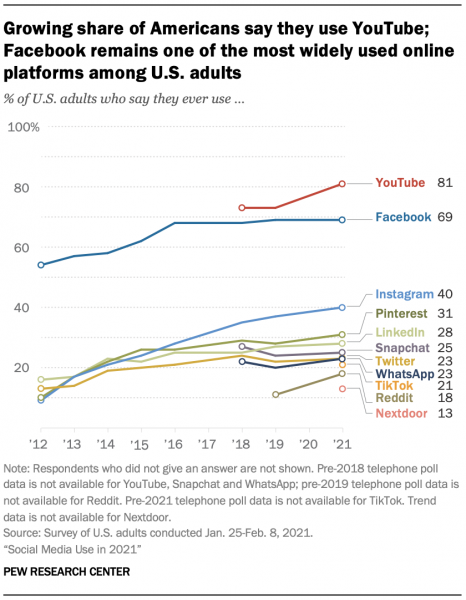 What may be of more interest to marketers, however, is the demographic data, which shows 95% of all 18-29 year olds using YouTube and a surprising 70% of them using Facebook (I wonder how many have to have them to post on the platforms for clients?). 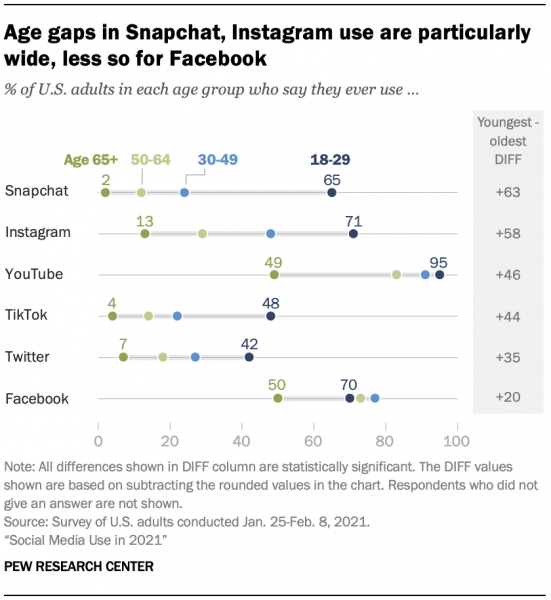 Google has expanded on the continuous audience sharing feature it launched last year by enabling audiences to be shared from sub-accounts, the company announced Tuesday. When enabled, existing and future remarketing lists created from sub-accounts are automatically shared with manager accounts.

When continuous audience sharing was first introduced, it could only be done at the manager account-level and it only enabled manager accounts to share audience lists with sub-accounts.

Now, audience lists can be shared from sub-accounts to manager accounts as well.

Rand Fishkin of Sparktoro came out with a study saying about 65% of all searches in Google Search do not lead to a click to a website. Shortly after, Google responded saying Google sends more traffic to the open web every year. One study says Google is gatekeeping the search traffic and Google saying, no we don’t. Who do you believe?

On the whole, both are right and both can be believed.

Rand published more data that said if you look at just US searches, the zero-clicks looks worse, from 64.82% to 68.3% but he did say overall clicks to websites, the raw number of clicks, is up because searches are up year-over-year. He shared a sample query set, saying a query like [apple iphone xs] zero-click rate was 43% but a query like [donald trump age] was much higher at 95%, which just shows you, the query really matters. Rand said he hopes to break down queries more but needs more time, while Google has remained silent, giving us zero data to refute any of Rand’s claims.

Last December, Google released a detailed FAQs around the upcoming Google page experience update and the core web vitals. Well, this week, Google has vastly improved the FAQs with a ton of additional information. We recommend you review the FAQs in greater detail but keep in mind, as the FAQs say, this update should not be earth shattering for your site’s position in Google Search.

Here are two items in the revised FAQs that stood out to Barry Schwartz.

There’s always a lot going on in search and digital marketing – and 2021 is already guaranteed to be one of the fastest moving yet. Keep up to date with our monthly news blogs – or stay ahead and contact us today!

As we head into the new year, we have taken a look at some of the biggest stories in social…

WWW – World Wide Web – the clue’s in the name. The internet is truly global and as such so…

We’re delighted to announce that we’ve been crowned SEO Agency of the Year at the UK Agency Awards The awards,…

While it’s possible to debate the importance of virtually any other ranking factor, what has been found time and again…

As the UK gets to grips with post-pandemic life in May, the social media world has adapted too, with new…

Over the last few years the way that consumer habits have changed has evolved faster than the 200 years prior….