This month in search marketing: September 2021

In an announcement that sounds very similar to one released around the time of an issue with lyrics, Google has stated that they have licensed the automobile information that is appearing in search and that it does not come from the web. SE Roundtable covers the tweet from Googler Danny Sullivan.

While I’m not sure why it would, John Mueller has confirmed that traffic through a link plays no part in how Google weights that link. The best links from a business perspective will always be those that deliver both authority and traffic, but as far as the search engine is concerned, a link is a reference or citation that offers further information but doesn’t require the user to click it to be useful. SE Journal covers the discussion on their blog.

To give users of our products even more transparency, we are enhancing ad disclosures with new advertiser pages. Users can access these disclosures in our new ‘About this ad’ menu to see the ads a specific verified advertiser has run over the past 30 days

It’s not news, exactly, but this my personal social media highlight of most years (except that one year with #wagathachristie) and is an absolutely perfect example of the power of a great idea.

Mozilla Firefox has made Bing its default search engine for a 1% segment of its userbase as part of ongoing testing. Although it’s tied in for a couple of years, the possible switch would come at around the same time Google’s deal with Apple will expire (which has been rumoured to be the possible launch date for Apple’s own search engine). Although it’s unlikely to immediately impact market share even if Google lost both, it does show that things can change.

Search Console stopped updating for many accounts on the 17th of September – Google says it’s aware of the issue and is working on a solution.

It’s one of the things I talk about a lot – the need for wearables to cross the Rubicon into stylishness and this Facebook and Ray-Ban collaboration has… proved that this still needs to happen. I honestly believe that these kinds of devices will revolutionise the way we live – but not until they’re something people will actually want to wear. This probably means that, in the current selection of evil mega-corporations, that we’ll be waiting for Apple to bring out their version.

Search Engine Journal features some additional information on why Google took the decision to replace page titles and what they were doing. It makes for an interesting read if not a particularly surprising one.

Not really news as such, but a topic I find quite interesting – some thoughts on the ethics of various practices and whether regulatory oversight may improve the industry. It’s not exactly a treatise, but it bears thinking about in search how often its techniques are used for questionable ends.

At some point this month standard Display campaigns and Smart Display campaigns will be combined into a single option. Google will also be introducing optimised targeting for Display. The change, which was announced by Google here, was also covered in more detail by Search Engine Land.

As someone that listens to everything from bonkers UFO podcasts to deep-dives on the finer points of English grammar (and is currently listening to a general history of rivers as a cultural and social object), this list of more things to put in my ears is welcome. 9 Trendy Podcasts listed and described by OnCrawl.

Beginning tomorrow, Google will be enforcing requirements for products to feature unique product identifiers for free listings and Search Engine Land covers the news in-depth. While the recommendations have been in place for a while, products without UPIs will face rejection from tomorrow.

There’s a nice bit of explanation on passage ranking featured on the SE Roundtable blog following the latest SEO Office Hours video conference. While there’s nothing in there that hasn’t been said before elsewhere, it’s a nice summary and a great intro to the topic.

SERoundtable features the latest chatter about a potential update. The various monitoring tools have been registering higher than average volatility for an extended period, leading to questions as to what is driving the change. With flux still happening, there are no answers as yet, but for brands experiencing drops, it will hopefully help to know that there’s more to it than an individual site.

A new CSS property will allow websites to improve load times by skipping offscreen content. While John Mueller has already stated that this will not directly impact ranking, there is still ample reason to implement a change based on the ‘small boost’ or ‘tie breaker’ aspect of speed and CWV when it comes to rankings.

During an exchange discussing site quality, Googler John Mueller confirmed that ‘quality’ is a sitewide rather than page level metric. Not ground-breaking news, perhaps, but always nice to have definitive statements on anything:

When it comes to overall site quality, it's not the quality of the missing pages from indexing, it's the whole site. For what it's worth, you don't have to convince us, we don't turn any dials, we're just giving you advice. If you prefer to spend the time here, that's up to you.

Perhaps I’m just excessively nerdy, but I found this article on title tags and possible reasons for their rewriting to be really interesting. It takes a look at the various pieces of advice on offer, how they relate to Google guidance and offers some insight into possible drivers of changes to titles in SERPs. Well worth a read.

Twitter has announced the roll out of a new feature, Communities. Communities will provide “a dedicated place to connect, share, and get closer to the discussions” users care about most and will look to rival the likes of Facebook Groups.

imagine an alternate timeline where everyone just gets you

say hi to Communities—the place to connect with people who Tweet like you. testing now on iOS and web, Android soon! pic.twitter.com/TJdKwUa4D2

Each Twitter Community will have a moderator that will “enforce Community rules and keep conversations informative, relevant, and fun”. Each group will initially be invite only, however the company have stated they are looking for ways to allow users to discover and join Communities that would like to be a part of.

In a bid to better empower relationships with customers, Microsoft has announced a series of product updates this September.

Video ads are now piloting on the Microsoft Audience Network in the US, Canada, UK, France, Germany, Australia, and New Zealand. Video ads will enable marketers to boost awareness , capture attention, and drive leads from users who are “actively consuming content on MSN and Microsoft News”.

A second pilot will also see the introduction of vertical-based product ads on the Microsoft Audience Network. Marketers will be able to use their existing feeds to “create rich experiences” for target customers by showcasing auto listings, events, hotels, holidays, and tours and activities within native environments.

For users that are not currently using Shopping Campaigns, Microsoft has introduced a new way to inform customers about specific information related to your business. The feature will prove to be extremely useful for users currently operating in heavily regulated industries such as financial services, automotive or health and wellness.

In a bid to make it easier to understand editorial push-back and to appeal against rejected product ads, Microsoft will introduce Inline Appeal ahead of the upcoming holiday season. Found within the Microsoft Merchant Center, users will get full visibility of policy violations and be able to request for appeal/amend ads directly within the interface.

Microsoft has announced new third-party integrations to ease implementation surrounding Universal Event Tracking or UET on websites. Integrations will now include Google Tag Manager, Shopify, WordPress, and Squarespace. Users can access these when setting up tagging by using the option “Add tag through a website editing platform.

TikTok reveal what it takes to create the perfect ad

By identifying creative attributes such as video duration or closed captioning, TikTok has published four best practice tips to help a video reach a larger audience:

Google has announced that the Page Experience Update, which first began to roll out in mid-June, is now complete alongside updates to the Top Stories mobile carousel.

The addition to Google’s existing ranking system will now consider several page experience signals, including LCP, FID and CLS when analysing websites. The update also included a change to the Top Stories carousel which will now include all news stories as long as they meet Google’s News policies.

To help provide more actionable insights Google introduced a new report in Search Console to quickly evaluate site performance in relation to core vitals and page experience signals. You can find out more information on the Core Web Vitals report here or download our simple guide for an in-depth look at what each signal means. 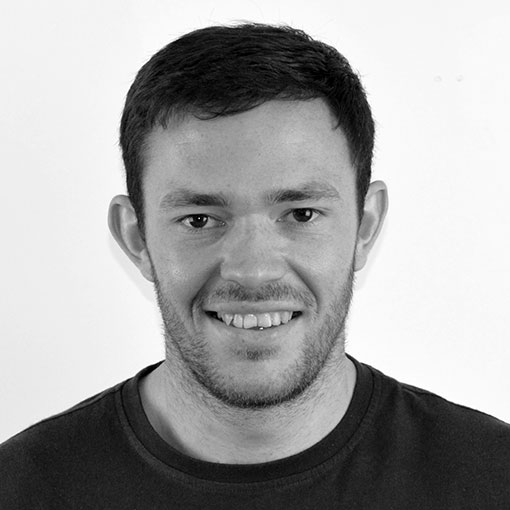