Another week, another roundup of everything that’s happening in the world of SEO, PPC, social media, content marketing and more…

According to new data from Adobe Analytics, large retailers have already seen a big jump — a 64% increase — in their US eCommerce sales thanks to Prime Day on Monday, July 15, when compared with an average Monday. Niche retailers, which Adobe classifies as those that bring in less than $5 million in annual sales, saw a 30% increase in online sales on Monday.

Google is introducing, its fifth bite of the social media cherry with rollout of Shoelace, following failed attempts with Google Buzz, Friend Connect, and Google Plus. The differentiator the launch is that it encourages and facilitates real-world connections in our digital age. Events and activities are called Loops, and users are invited to organise and participate in Loops (the equivalent of Facebook Events). It also gives you the opportunity to explore a new city or meet new people.

Users will be able to search by interest and Shoelace will off the ability to do things with people in your immediate area who share the same common interests. It’s being launched on small scale, with the app currently in an invite-only test in New York City.

Google Plus was retired in April 2019. 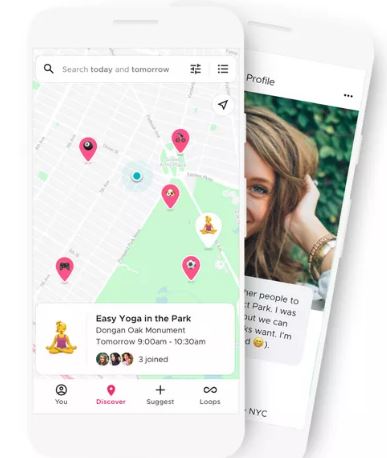 A number of SEOs have reported having Google My Business (GMB) listings suspended after adding a short name to their profile, according to Search Engine Journal.

Short names were introduced in April as a way of allowing businesses to create custom URLs for their GMB listings. Now it has become apparent that adding short names is causing legitimate business listings to get suspended and removed from SERPs:

Hey @searchliaison people are getting suspended seemingly at random on GMB when they set a short name, is this another bug?

Google Shopping is bringing customer photos to the product reviews sections of advertisers’ listings. Reviews are accessible from the “View more” option on mobile Shopping ads or by clicking on the star ratings in a listing.

A Google spokesperson told Search Engine Land that customer photos are in the first stages of rolling out and that the feature is only available in the US for now.

The program is not related to the new Google Shopping experience that is coming to the US, Google confirmed.

YouTube Super Stickers, to be launched in the “coming months”, are animated graphics that feature a variety of designs across different languages and categories, including gaming, fashion, sports, music, and food. These build on the existing With Super Chats, during which fans can purchase messages that stick and are more likely to attract the attention of creators during live streams or Premieres. According to YouTube today, 90,000 channels have received Super Chats. It is the top source of revenue for 20,000 channels, with some streams making more than $400 per minute.

Neal Mohan, YouTube’s Chief Product Officer, said: ” We’ve been testing levels with creators like the Fine Brothers Entertainment on their REACT channel, who have seen their memberships revenue increase by 6 times after introducing two higher-priced tiers.”