Back to all case studies

Coronavirus changed the working world almost overnight. In March, when the Government announced a national lockdown, it forced businesses to not only adjust to remote working but also grapple with how they would eventually welcome their staff back to the workplace.

Understanding this was a major concern for both employers and employees, we endeavoured to create a digital PR campaign that tapped into this theme. Our objective was to create a fun, sensationalist story around this topic that would appeal to both national and regional journalists, all the while demonstrating Citation’s expertise in human resources and health & safety.

To achieve this, we came up with the idea to investigate some of the surprising ways in which the workplace might adjust post-coronavirus.  We set up an interview with our go-to expert on all things futurology: Dr. Ian Pearson. Pearson has excellent relationships with the media; his expertise has been utilised by the Metro, the Sun and the Mirror in the past.

We knew he could be relied on to not only provide insightful, scientific predictions around health and technology but also give out-of-the-box ideas that would be great for generating headlines.

We identified that the strongest “news hook” in the content would be Dr. Ian Pearson’s claim that workplaces may have to ban the office tea round, implement artificial intelligence and introduce outdoor meetings in places like beer gardens. This formed the headline of our press release, which was distributed to a media list of almost 100 journalists.

The story proved to be newsworthy after Boris Johnson’s press conference at the beginning of August urging employees to return to the office. This allowed the press release to be very timely when it was distributed in the first week of the month.

Citation’s campaign was picked up by many regional news publications including MyLondon, Bristol Post and Wales Online off the back of this. It was also published by a number of HR websites, including HR News and HR Director. Later, the popularity of these stories allowed the campaign to gain extra coverage on several business blogs too.

The campaign has gained 30 placements so far with an average domain authority of 63. 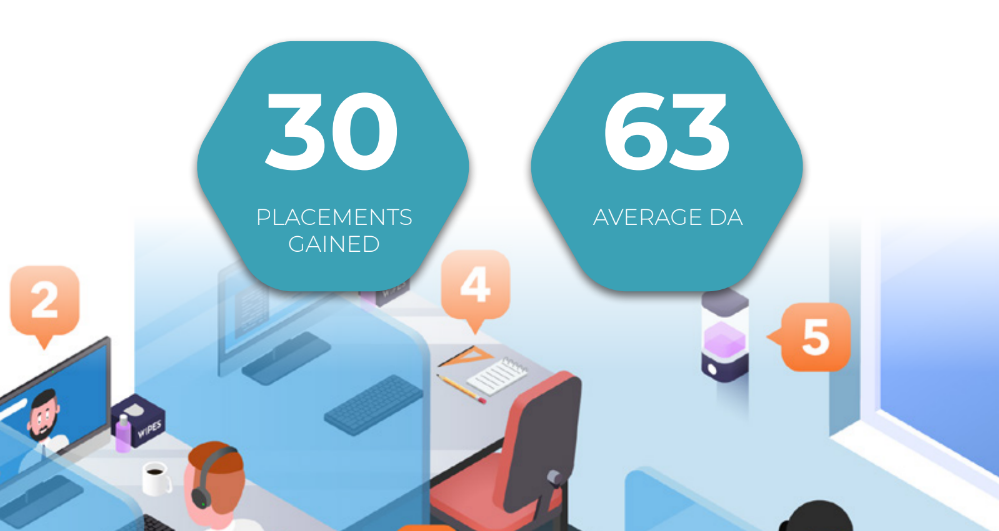 In this article, we give you the ‘lowdown’ on Facebook Ads, the evolution of the site, some statistics and a…

The number one doesn’t get enough recognition in our eyes. In some cultures it symbolises luck and prosperity. At Click,…

May was quite the month for updates – even in a few successive years of turbulent algorithm activity, and some…

Our Senior Business Development Manager, Fahim, recently celebrated a Click milestone; he has been working with us for half a…